Salvation of the Damned is finished and coming soon to a Kindle near you!

So this weekend (around 5PM on Saturday, to be somewhat more precise), this happened: 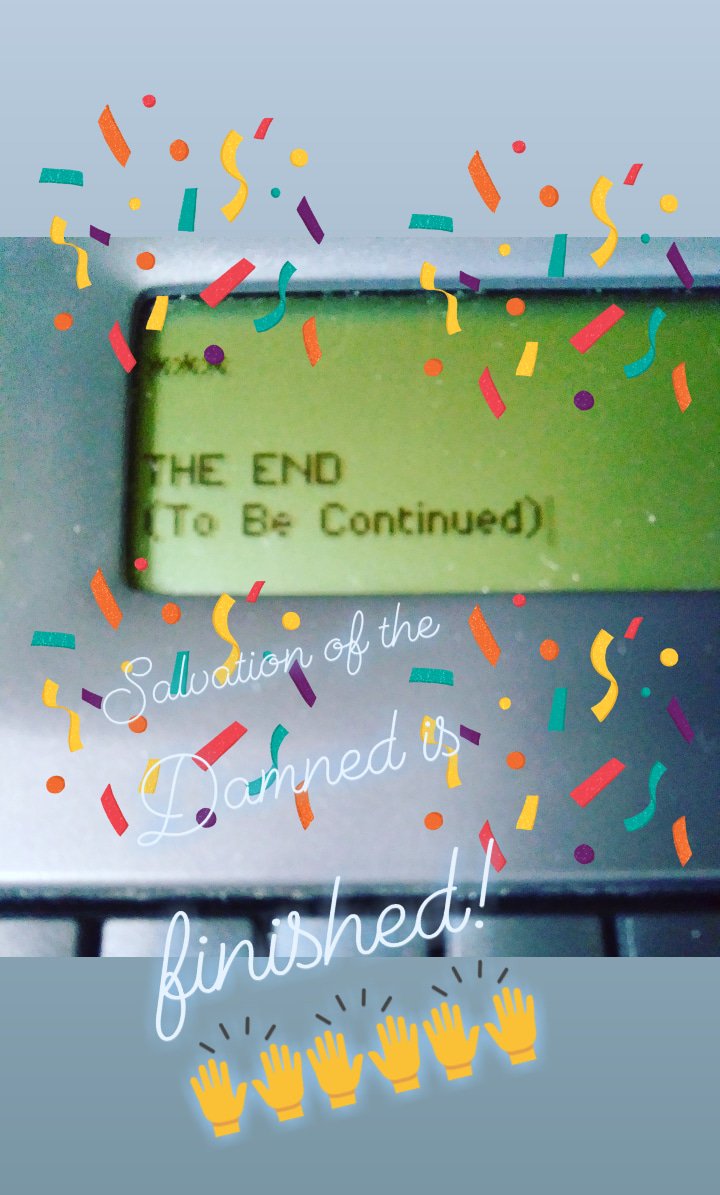 And there was so very much rejoicing.

The final word count came in at just under 72K, which is shorter than I thought it would be, but it took a turn toward the end that I think is much better than what I’d originally planned (note: just because you outline doesn’t mean your books won’t surprise you), and it felt right to end it where I did, with enough resolution to tide the reader over while leaving plenty to anticipate for Book 3.

Although I’d originally hoped to have it ready in time for Halloween, in order to leave plenty of time for proper editing, the release date is getting pushed back to December. But considering last week was July 4th and it’s already Labor Day and Halloween is practically next Tuesday, December will be here before we know what hit us.

In the mean time, there’s still plenty of time to read Book One, Dominion of the Damned, during its limited free run on Wattpad, and to get your friends hooked on this series!

For a Limited Time: Read the COMPLETE Dominion of the Damned on Wattpad!