A woman’s work is never done, and rarely is it easy — a sentiment that’s keenly felt in these two quick tales of urban fantasy and horror from Jean Marie Bauhaus.

In The Box, retired monster slayer turned single mom Keely Brewster hides out in a small town where she hopes to raise her little girl in peace. But leaving her old life behind proves harder than expected when a mysterious package shows up on her front step.

In Night Driving, Mae always loved driving at night. But this particular drive might be one of the most important of her life. And for her violent husband, it might be the last.

Enjoy these haunting creations from the mind that brought you Eucha Falls, Midnight Snacks and the Restless Spirits series.

From the author of Dominion of the Damned and Restless Spirits come four bite-sized tales of terror. Jean Marie Bauhaus spins a mesmerizing and haunting world in which monsters roam the post-apocalyptic streets of New York, scavenging for their next meal, vengeance finds room for compassion in surprising places, and even the vending machine down the hall begins acting shifty.

A year following her brother’s mysterious disappearance, Melanie Fisher is determined to get answers. Her quest takes her to the site of an abandoned amusement park, where she finds a lost video camera containing evidence that her brother was losing his mind. As she digs deeper, she finds that the madness is catching. But is it really madness, or evidence of something much more real, and much more sinister than she could have ever imagined? 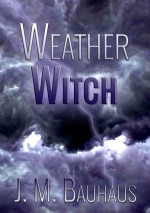 “There’s a witch buried in the cellar.”

So begins this tale about a local legend, a curse, and a creepy storm cellar.

A boy and his family move into a double-wide trailer on a plot of land in rural Oklahoma on which they plan to build their dream home, where a loan storm cellar is all that’s left of the house that once stood there. The story of what happened to the house–and all who’ve tried to build there since–is the stuff of legend. Is it fact, or fiction? And when mysterious happenings around the property begin to point to fact, is the neighbor boy merely playing pranks? Or is something more sinister at work? Something evil–and deadly.

Meg the pixie never had much interest in drab, boring humans; that is, until she spies skin of gleaming brass peeking out from beneath the sleeve of reclusive inventor Phineas Farnsworth. Her curiosity sufficiently piqued, Meg follows Phineas to his home, where an unfortunate encounter with his cat leaves her forever changed — both inside and out. 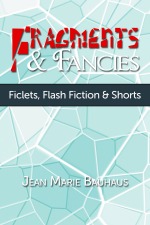 Three vampires walk into a bar…

A suicidal widower is talked down by a mysterious, chain-smoking stranger with an ulterior motive…

Angels, vampires, ghosts and faeries mingle with the lovelorn, the desperate, the weary and the brave in this collection of quick-fire stories from Restless Spirits author Jean Marie Bauhaus.