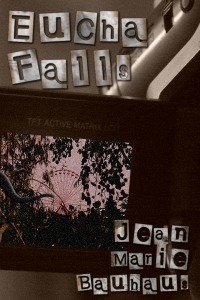 Quick update to let everyone know that Eucha Falls is now available on Amazon and Barnes & Noble. It’s a short story on the longer side coming in at just under 10,000 words (Amazon says that translate to 39 pages of print, but that’s irrelevant in an e-book).

A year following her brother’s mysterious disappearance, Melanie Fisher is determined to get answers. Her quest takes her to the site of an abandoned amusement park, where she finds a lost video camera containing evidence that her brother was losing his mind. As she digs deeper, she finds that the madness is catching. But is it really madness, or evidence of something much more real, and much more sinister than she could have ever imagined?