Image by David Schwarzenberg from Pixabay

Coffee Talks are where I chat with you as though we were sitting down together over coffee, updating you on my life, my work, and what’s been on my mind lately. I’d love to hear what’s been going on with you, as well, so keep the conversation going in the comments!

Welp, another week, and still no conspiracy post. I swear, you guys. Maybe Somebody’s trying to tell me I shouldn’t post that thing and get myself in trouble. But between a batch of freelance assignments and the new chicks, there just wasn’t time. I don’t really have time for this post, either, so I’mma try to keep it short.

Sadly, we lost the tiniest of our tiny babies, the rest of whom are getting less tiny by the day. One of our little speckled Sussex (naturally, the breed of which they only sent us three of the five we ordered) struggled from the start, and seemed to be underdeveloped compared to the rest. We isolated her enough to let her get plenty of food and water without any competition, and rest from getting knocked around and run over, and she seemed to be growing stronger, enough so that we were getting our hopes up that she’d make it. But sadly, those hopes were dashed by noon on Tuesday when I found her lying on her side in the brooder, having passed away after a morning of fooling us into thinking she was doing well.

The rest of the chicks are doing great, though–healthy, strong and growing like weeds. They’re already flapping their wings and trying to reach the top of the tub, so we’ll have to transition them to the big brooding box soon. Their individual personalities are starting to come out, too. They’re so much fun. If someone had told us that chicks were this fun and therapeutic, we’d have gotten some a long time ago.

As I said up top, my freelance writing picked up this week, but that hasn’t interfered with writing my novel, which I dare say is going great. This morning I had to stop midway between the big (spoiler alert) showdown between Hannah and Esme, but there’s not much of that scene left to go, and then I just need to write the denouement, and then it will be finished, save for typing up and revising all these handwritten scenes. Barring some major life circumstance stealing all my energy and focus, I really think I’ll reach the end by next week.

Making myself write first thing in the morning (well, first thing after letting Dixie pee and then making coffee) is really making all the difference. And it’s having a trickle-down effect, too, revving me up for the day and making me more productive in other areas. I really hope I can keep this momentum going.

With that in mind, I’m rethinking my previously stated plans to take an extended writing break starting in November, and just continuing on in the early mornings with my next project (though I may take a week or so to write up some of the longer blog posts I’ve had in mind first) so I don’t lose that momentum and then have to spend a lot of my energy getting started again. I guess I’ll play it by ear, and if I feel like I need a break, or I just end up not writing, I won’t beat myself up about it and I’ll just take a dadgum break.

Although last weekend ended up being more hectic than I’d expected, what with wrangling with tech support over losing access to my website and having to seize the good weather to get out there and work on the chicken coop, I did manage to get some time to strategize the next phase of my writing career and plan out my future projects. Although the Mae Bishop urban fantasy series I started early last year is calling to me, I think first I’m going to turn my focus to my sweet romance series and spend some time building up that pen name — mainly because I think it will be more marketable and stand a better chance of generating some significant income.

But probably what I’ll end up doing is alternating between them, writing and releasing a Mae Bishop novela in between each of my sweet romance books, and keeping both of those series going as long as I can. And then maybe, hopefully, on the side I can work on one of my stand-alone YA passion projects that have been brewing in my brain for a good long time. As grateful as I am for my freelance writing work and the income it brings in, I really, really hope I can finally get a handle on making my books work for me and replace that freelance income with publishing revenue so I’ll have more time freed up to write all the stories in my head. And also to focus more on growing our little starter homestead into a full-fledged dairy and fiber farm.

All of this is quite the one-eighty from a couple of months ago when I was saying I didn’t even want to write or be an author anymore, isn’t it? If you’ll recall, I prayed a lot about that, asking God to restore that desire and drive if that’s what He really wanted me to be doing with my life, and, welp, here we are. I saw this quote the other day, which I posted on my author instagram, and I’ll share it here, because it’s been true of me pretty much my entire life. 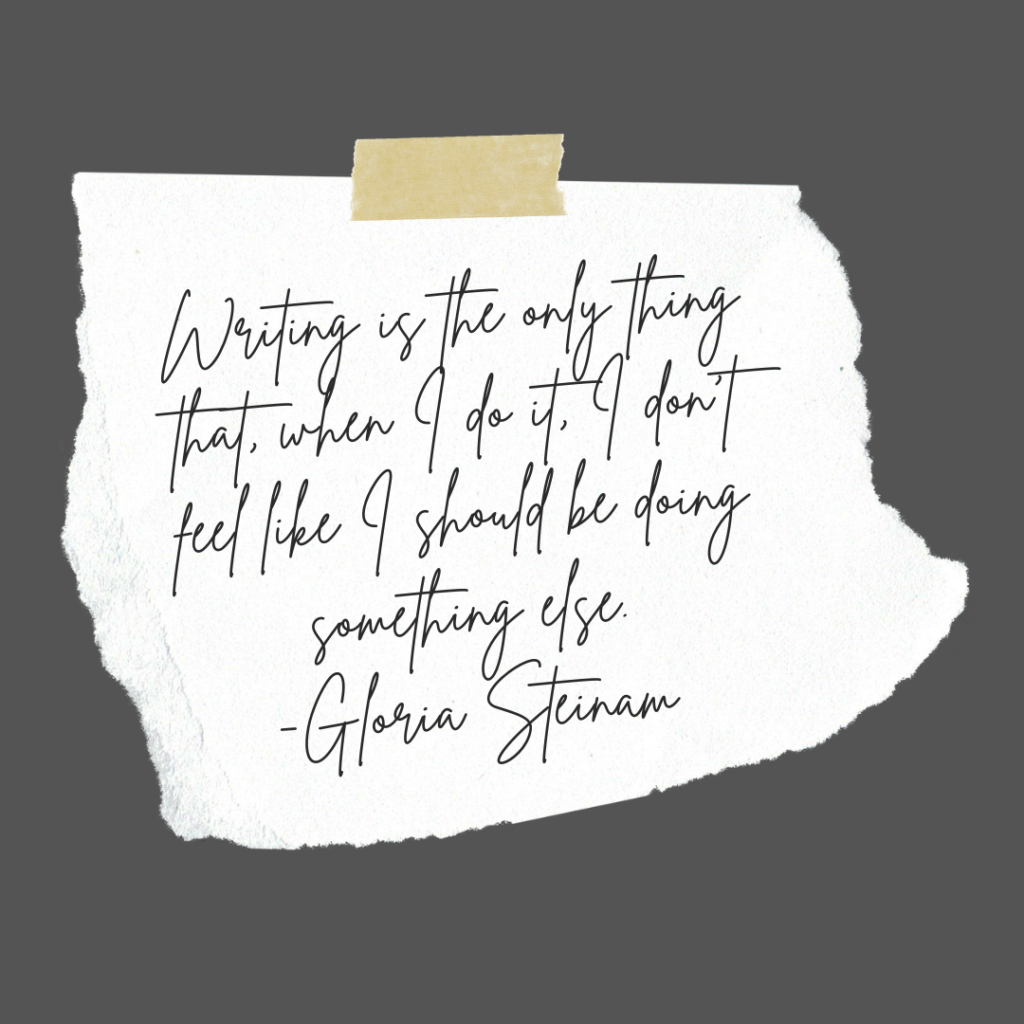 Oh, and while I’m sharing things here that I shared on IG, here also is a little sneak peek at Revolution Part Two: 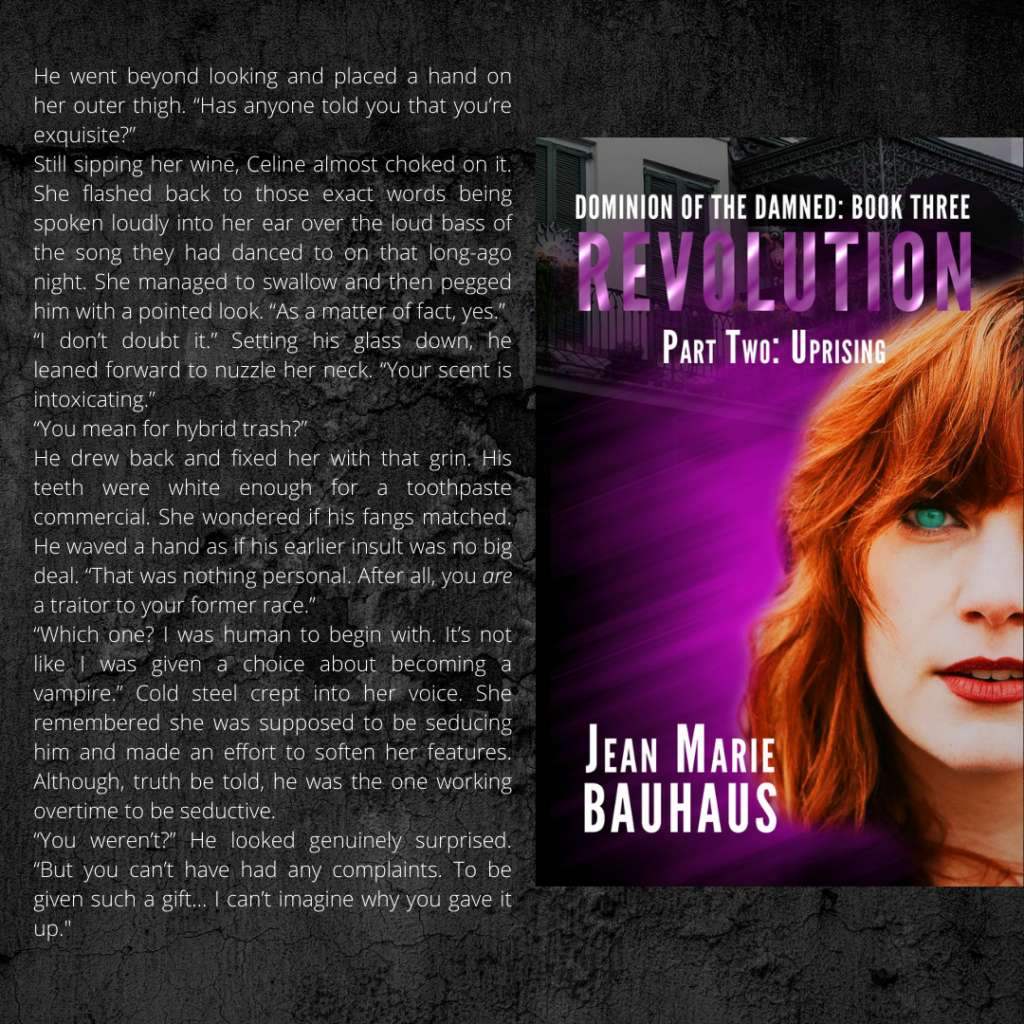 Okie-doke, I’ve still got an article to write, so I’d best get to it. I don’t know how my weekend will shape up, but if it doesn’t rain too much, I’m guessing it will involve more coop building (we’ve got three sides up! We just need to install the nesting box partitions and roosting poles, then we can put the front and roof on).

Talk to me, Goose. How are things with you? (Bonus points if you can name that movie.)