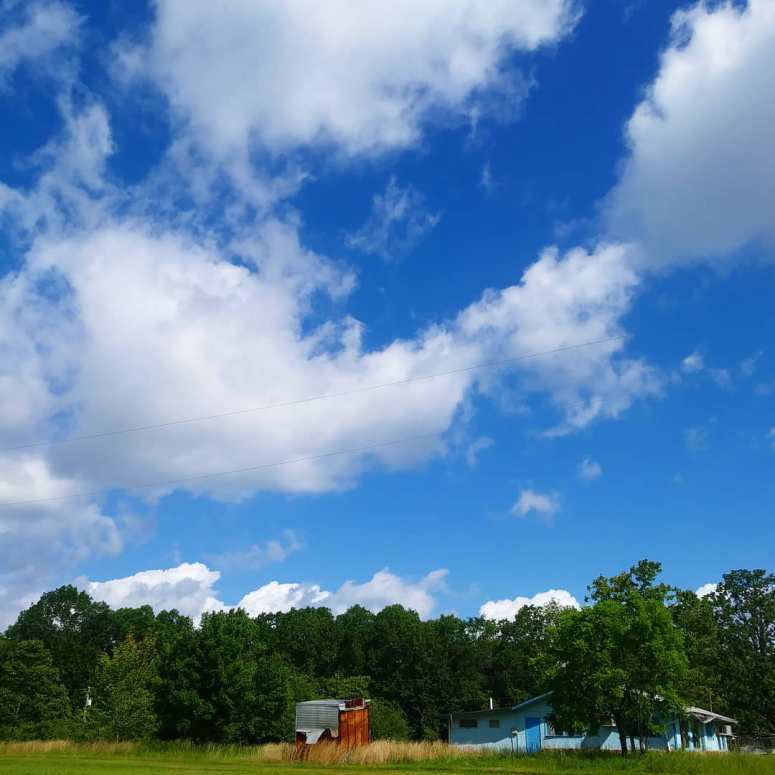 I feel like a lot of things have happened since I announced my blog hiatus back in April, and yet also not much has happened at all. I didn’t get any of the things done that I said I was taking a hiatus to focus on. But a lot has taken place, nevertheless.

It turns out that deciding to take a break from blogging was just the beginning of what turned out to be a long, unplanned sabbatical from all but my most necessary work. At first I began to feel creatively blocked — more like creatively spent, used up and depleted — and realized I needed a break from writing and editing altogether, and also from everything involved in marketing and promotion. Then, as if to confirm just how badly I needed a rest, my chronic health issues (PCOS, hypothyroidism and all the fun stuff interlinked with those) took a bad turn and I found myself struggling with fatigue and brain fog, along with headaches, body aches and digestive issues. Fun, fun times.

So I gave myself permission not to worry about writing, publishing, marketing, or any of the projects I had in the works, or any other type of work that didn’t directly earn income or relate to maintaining our home (and I let as much of that go as I could, too). I basically quit everything I could quit in order to focus on healing and getting better. 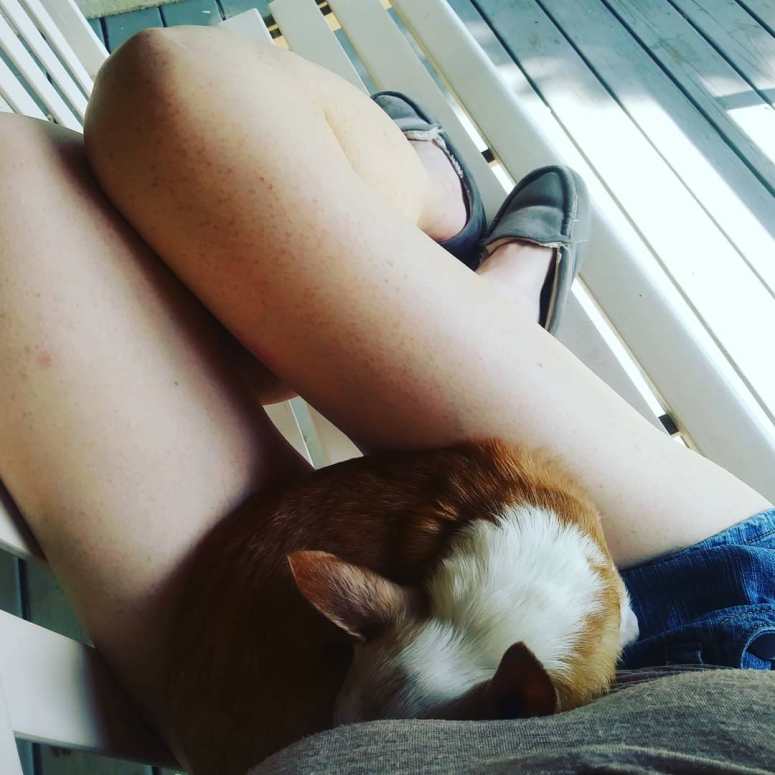 A lot of that freed up time was spent learning about my conditions. It’s maddening how little traditional Western medicine doctors actually know or care to know about both PCOS and Hashimoto’s/hypothyroidism. With both illnesses, the typical response is to simply prescribe a pill (birth control in first case, Synthroid in the second) and call it a day.

There’s no investigation of root cause. No discussion of the way these conditions impact the endocrine system, digestive system, reproductive system and overall health. With PCOS you also get told to lose weight, but there’s no education about how to do that, or that what you eat has the potential to either heal you or make you sicker, and that what you should eat and how much you should move changes depending on whether your root cause is insulin resistance, inflammation, or something else. And in my case, there was never one single mention that my lack of thyroid function might be due to autoimmunity, which can also be helped via nutrition, despite the fact that this is the cause of 90 percent of cases of hypothyroidism, and the other causes are really freaking rare in this country. I never even heard the word Hashimoto’s until I started doing my own research on PCOS and discovered that they’re linked.

I’m ranting now. But this stuff makes me angry. Thank you for coming to my TED talk.

At any rate, the more I learned, and the more I heard stories from other women who’ve had similar experiences of being woefully uneducated, unhelped and brushed off by their doctors, the more appalled and angry I became, and the more I realized I needed to basically be my own doctor, thanks to insurance not covering functional medicine practitioners and naturopaths, i.e. the people who actually study up on these conditions and inform their patients and tailor treatment to individuals.

This post went somewhere I didn’t intend, but seriously: GAH!

Anyway. Thankfully, I was led to some posts and podcasts that described my exact issues and helped me pinpoint the problem. Of course, without blood tests, which I still need and plan to do once we find a local GP, I’m only making educated guesses, but I made changes based on those guesses, and I started feeling better. Specifically, I discovered that I met the criteria for adrenal fatigue and low cortisol, and that I needed to adjust my workouts, cut back on caffeine and make getting enough sleep a top priority. I also learned that women with PCOS tend to leak electrolytes and minerals and need to add them back throughout the day, which I started doing simply by adding a pinch of salt or a squeeze of lemon or lime juice to my water throughout the day. Those changes, particularly that last one, were total game changers. I started feeling better almost immediately.

Of course, I also got serious about my nutrition. I think a big part of what led to my flareup was eating too much sugary, gluteny junk during April, which included both my birthday and Easter. I had also eased up on my dairy restrictions and was eating more cheese than was good for me. So about six or seven weeks ago I eliminated gluten, all A1 dairy (I still eat small amounts of goat cheese, which doesn’t give me any trouble) and added sugar from my diet. But then a couple weeks in we had a cheat night and I ate some flautas and drank some beer, and immediately my chronic inflammation went through the roof. But I got back on the wagon the next day, and tomorrow will mark 30 days without any of that inflammatory junk in my diet, and I am feeling worlds better as a result.

My intention is to go another 30 days, which will run out just in time to celebrate with a slice of cake on my husband’s birthday. I generally subscribe to the 80/20 rule — eating strictly healthy 80 percent of the time, but leaving that small margin to mindfully enjoy my favorite foods with no guilt or worry. I think right now, as I heal, I need to be strict and stick to my protocol 100 percent, but when I’m in that healthy place, my body can handle the occasional treat. And I know if I head into fall and the Halloween season and then the holidays aiming to stick to 100 percent I’m going to be grumpy and resentful and set myself up to fail.

All of my health adventures aside, that’s not even the point of this post, which is that in the midst of all of that, something else was happening inwardly. As I let go of so much to focus on health and self-care and doing things that are good for my mind and soul as well as my body, including spending a lot of time with my loved ones, I began to realize how little the things I let go of or set aside truly matter. For a while now, I’ve been kind of watching with curiosity and wonder as my values and priorities have been shifting, and things that seemed oh so important only three months ago are now barely on my radar.

I’m in a space right now where I’m not sure how my writing fits into that. I still identify as a writer. I’m still working on book revisions and edits, when I can make the time. I still have stories I want to tell. I still write online content for a living, even. But being an author — having my books widely read and adored, growing a fan base, being prolific, all that stuff — not only do I simply no longer care about any of that, but I’ve realized that it has actually sucked all of the joy out of writing. And right now I’m just sort of holding space for that realization and what it means for my career and all my plans. One thing I’m fairly certain of is that if letting go of my author identity and treating my writing as a hobby instead of a job will help me find joy in writing again, I’m really okay with that.

This doesn’t mean that I’m abandoning my planned book projects, only that I’m not going to hustle to get them done on a certain timeline, or produce a certain number of books a year, or try to make my books a dependable source of income.

Still, ironically, these last few weeks I’ve been feeling nudged to start blogging again. Not to fire up my author blog, but to start putting my story out there, to start using my words to minister again. I did that for awhile in a separate space, but that petered out because trying to run multiple blogs became exhausting. Years ago, when I first started dipping my toes into the author space, I was given advice to keep my personal blog, all my writing about my health and my faith and my life, separate. I took that advice to heart and I think it was a huge mistake. All these years, it’s made me feel a little schizoid, maintaining these separate identities, trying to compartmentalize parts of myself that are inextricably linked, and it’s also doubled my work. But I think the worst thing is that I felt like I couldn’t trust my audience to handle all of me, and I needed to hide parts of myself away and only reveal them in this safe space tucked away over here on this other blog.

Well, I’m not doing that anymore. As of today, this space is no longer my “author blog,” whatever that means. It’s just my blog, and it’s going to get a lot more honest and real. It’s taken me a lot of wrestling these last few weeks trying to decide whether to start my other blog back up, or start an entirely new blog to focus on these things I’m so passionate about these days, but when it occurred to me that I could just combine it all right here, under my own name, no separation, no hiding, that felt so right. And yet I continued to procrastinate because I kept blowing this first post up into something a lot bigger, harder and more complicated than it actually needed to be. But I finally realized that I needed to knock that off and just start. Just write something.

So here you go. This is my new start. I hope you’ll stick around for what’s to come, to see what this — and what I — will grow up to become.