Enjoy this sneak peek at my latest short story, Night Drive, the entirety of which is going out in this weekend’s newsletter. Not signed up? Click here or use the form below to make sure you don’t miss it! 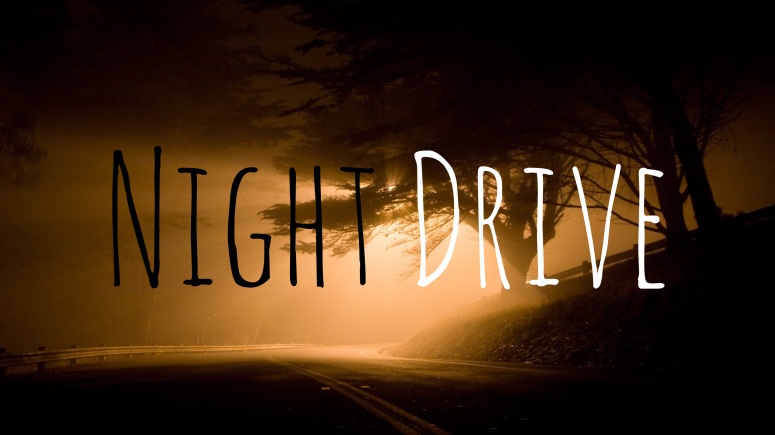 Mae had always loved driving at night. Ever since she was a little girl, drowsy in the back seat, the dashboard giving off a soothing green glow, lulled into peace by the soft tones of the radio and her parents’ conversation. Even now, something about the dashboard lights and the radio voices in the darkness soothed her, calming her nerves and helping her think.

The cool night air and the summer night sounds added to the effect. With the window down and the radio playing softly, she could hear the music of frogs and insects as she wound her way through country roads, slowing for curves, accelerating up hills, picking up speed and letting Ryan’s king cab four-by-four coast on the downward slopes, so fast it almost felt like a roller coaster.

But it wasn’t the dips that were making her queasy. As the road leveled out, she breathed deep of the fresh night air and willed her stomach to settle. She wanted to close her eyes and savor it, just for a second, but the eye shine she spotted every few yards made it too dangerous, unless she wanted to be responsible for ending some poor dumb skunk or ‘possum, or worse, somebody’s cat who’d been let out to prowl.

“Not sure how making road pizza’s going to make much difference to your conscience.” Her husband’s voice drifted up from the back seat. She glanced in the rear-view mirror and saw Ryan smirking at her. Tensing up, she turned her gaze back to the road and made a point of ignoring him. “I mean, all things considered,” he went on. “Still, maybe you should slow down.”

Her knuckles turned white as she gripped the steering wheel. “Maybe you should be quiet. Nobody likes a backseat driver.”

“Nobody likes being married to a whiney, fat loser, either, but we all play the hand we’re dealt.”

Mae turned up the radio. Bon Jovi blared from the speakers, drowning out the frogs and crickets and, more importantly, drowning out Ryan’s voice. The fact that it was playing on the classic rock station made her hate life almost as much as she hated Ryan. Of course it was “Livin’ on a Prayer.” That had been their song back in high school, back when he’d thought her the prettiest girl in school and she’d thought he hung the moon. They’d been the perfect cliche, him the football team captain and her the head cheerleader, but despite their popularity and Ryan being a shoe-in for a football scholarship, he’d had this idea of himself as some kind of downtrodden working class hero because he had to spend summers working for his father’s trash collection company. He’d talked often about them running away together after high school, and despite Mae’s high grade point average she had been dumb enough to think that was the most romantic thing ever. She’d held out until the end of their senior year, but this song had been playing when he’d finally convinced her. It was prom night, and they had snuck away to go for a drive. They’d parked on a hilltop on the back of her daddy’s forty acres. After drinking most of a stolen six-pack and finally giving up her virginity in the back seat, this song had come on, and he proposed and just then life felt too good not to say yes.

Mae hated that song. She shut off the radio.

“Aw, why’d you do that?” asked Ryan. “That song brings back so many memories.”

“Bad ones.” Mae glanced at him in the mirror, only fleetingly. “‘You Give Love a Bad Name’ would’ve been more appropriate.”

“Don’t say that, baby. Those were good days, weren’t they? You still had your figure and we had our whole future to look forward to. Nothing like how things are now.”

Since they’d married that summer right after high school, she had gained twenty pounds. Twenty pounds over twenty-five years. To hear him talk you’d think it had been two hundred.

Mae took a breath and closed her eyes, despite the risk. She kept them closed longer than she’d intended. It wouldn’t be so bad, would it? To keep them shut and let the truck drift where it wanted? And if that happened to be wrapped around a tree or a telephone pole, that would sure solve a lot of problems.

Get the entire story delivered straight to your inbox this Sunday afternoon. Sign up below!